I am thrilled to host Cara Bartek for today's MMGM focus. Thanks so much Cara, for stopping by today!

As the mom of a math and science loving daughter, I truly appreciate the STEM focus of these awesome stories. More than that, I love the fun and adventure thrown in. These books are a must have! Add them to your Christmas shopping list!

Cara has taken the time to share her publishing journey with us, and how the Serafina series came to be. Enjoy!

I read A Wrinkle in Time quite literally on a dark and stormy night. I was ten and we had just moved from the sprawling concrete suburbs of North Houston out to a small farming community in Austin County, Texas. Where my old school was new and state of the art with computers and carpeting and air conditioning, my new school was built sometime around World War II and looked like something Norman Bates and his mom would consider “lovely”.

The library at my new elementary school was cozy and proved to be a nice sanctuary, save for the really scary librarian. She was something like a cross between Old Mother Hubbard and the devil himself. In the library there was no talking, no eye contact, no loud breathing, and certainly no love. She preferred everyone to make his or her reading selection silently and then immediately leave.

I had picked through the stacks many times, as I was already a bookworm at this point in my life. I ran across a copy of A Wrinkle in Time and was drawn in by the cover. It was a depiction of some sort of flying horse with kids on its back. It looked pretty cool, so I gave it a shot.

My life pivots along the line of that night – the ten years prior to reading A Wrinkle and all the time that followed. You may think this is a story about how I came to love reading. (Actually that story happened much earlier in my life as I watched my mom and dad devour hardbacks and paperbacks and grocery store novels and Tolstoy and McMurtry and Anne Rice. Reading brought them so much pleasure I thought I would try it on myself.) This is a story about something different.

That chasm, that fault line represents the day I realized science was more than just a subject. Until that evening with my thirty-year old copy of A Wrinkle in Time, science was something that was talked about, studied, used, and left at school. Cold and antiseptic. It was never brought home. It didn’t have utility in my life. It was a concept that people who were much older and much smarter than me used. Meg, Charles, and Calvin had used science to bend space and time and transform their ordinary lives into something extraordinary.

I took this realization into my own life and started to grow keen on science. I saw how the simple concepts we were learning had much broader and deeper meanings. You could almost hear all the gears grinding to life in my brain. I saw how through the understanding of the most basic tenets of the universe, you could in some small way begin to master the world around you. You could gain power in your own life. You could, in some small way, escape the nasty and dogging reality of being a kid in between. A kid who exists somewhere between child and grownup and has no real control over parents fighting or where you live or what other people think of you. This power was the power of understanding.

As a woman in STEM, I see the under-representation of women in all roles, including leadership, the difficulty that exists in balancing work and home by way of outdated family and maternity practice, and the lack of opportunity for advancement. I spent time working in educational and advocacy groups trying to promote change. What I realized is the people standing next to me, my peers, my colleagues, all agreed change should happen. So I asked myself why were things so slow to change? Later, as I became a mother, I realized that not all girls believe they are capable, amazing, and wonderful. It struck me. The hearts and minds that need to be changed are not people my age; it’s the children.

In the Serafina Loves Science! series I seek to create this connection for little girls. I am working to change their hearts and minds about their ability to excel in science. I also hope to make them laugh and enjoy scientific concepts along the way. I know I am no Madeline L’Engle, but I hope to make “nerdy” happen one fart joke at a time.

About Serafina Loves Science! The series is middle grade fiction that focuses on an eleven-year-old girl named Serafina Sterling. Serafina is just like all other eleven-year-olds who have to deal with issues like annoying older brothers, cliques at school, and parents who restrict her use of noxious chemicals. Serafina is trying to figure it out, much like all of her friends. But she has a little secret… Serafina loves science! Her passion for all things scientific helps her make new friends and figure the old ones out, understand her family, invent new devices for space travel, and appreciate the basic principles of the universe.

About me: I live in Texas with my husband and two daughters. The Serafina Loves Science! series was inspired in part by my own career path. The other part of my inspiration is my two little girls. I hope to make this world a more equitable and opportune place for my daughters one silly story at a time! 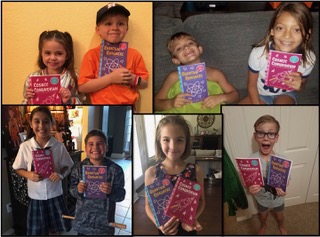 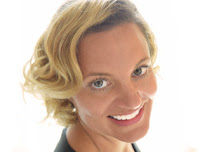 You can find me at:

Congrats to Cara! I would have loved this series for my daughter when she was younger. She's always loved science and will graduate with a chemistry major this year.

And Shannon, so good to see you here. Hope you start blogging more regularly now.

Really nice and informative blog, keep it up buddy…Thanks for sharing
clipping path

Hi Shannon! I've recently returned to blogging and just wanted to pop in and say hello. I'm out and about trying to see who all is still around. Glad I found you. Hope all is well!

Thank you so much for the great and very beneficial stuff that you have shared with us. swiss watches in india

Effective and informative content you have written with us . I read it and so amazing . Clipping Path | Remove White Background | Product Photo Editing

One of the great things you put in this blog. Visit Ogen Infosystem for creative and responsive Website Designing in Delhi, India.
Web Designing Company

This is Sarkari Result From India.. Click Here To Open link and Get Your Latest Jobs, Admit Cards, Result, ANswer Key & many more.. thanks..


This is lovely. keep it up.This is so lovely.
clipping path

When you feel any kind of body pain, it is best if you go to the doctor for treating it. Sometimes body pain can be the symptom of some serious disease. Sometimes body pain attacks us suddenly because of which you may not able to get the help of the doctor. In those situations, to get quick and effective pain relief, you can take the help of painkillers though they cannot cure your pain. As your painkiller, choose Tramadol 50 mg which is very effective. This painkiller is available in the market with the name of Ultram. To use this painkiller, you can get it easily. Buy Tramadol online and get this painkiller at an affordable price.
Buy Tramadol online

This article is good, thank you for sharing. first copy watches india

Very interesting blog. Alot of blogs I see these days don't really provide anything that I'm interested in, but I'm most definately interested in this one. Just thought that I would post and let you know

Nice Post. Jeewangarg is a Leading Digital Marketing Company which is helping your brand to cut through the Digital Clutter with its best SEO Company in Delhi. Our range of Services includes SEO Services, PPC Company in Delhi, Website Designing Services and Social Media Marketing Services. Being a Google Partner in India, we provide our client with 100% satisfaction in every aspect of their marketing goals. So, what are you waiting for Connect to the team of best SEO Expert in India, Google Ads Experts, Website Designing Experts, Social Media Experts & more to boost your Digital Presence today with the high quality Digital Marketing Services.

One of the reasons why I’ve been doing more real life posts is because I see other bloggers doing them successfully and I get jealous. They make me want to post too! That’s inspiration. Inspiring other bloggers is what you should aim for, so if you’re inspiring me (or others), you’re right on track!
escort girl ottawa
Gatineau Ottawa Escorts
vip escort edmonton
escort agency Singapore
Singapore escort agency
Singapore escort agencies
http://www.topvipgirls.com

Hey, simply wish to say your article is an astonishing. It providing helpful information it’s Very impressive to read, its shows your hard work ........it is very helpful for me, Thanks for sharing this with us.... event planners in Gurgram
event planner
party planner
meeting planner
event coordinator
wedding planners near me
wedding coordinator

buygenericmedicin
Soma pill is a very effective painkiller which basically works as a centrally acting muscle relaxant. This painkiller is very effective in treating the acute pain that we mostly get from injuries. Soma pill works by blocking the ways of perceiving pain between the nerves and the brain. Carisoprodol is the generic version of this painkiller. This Carisoprodol is actually the better version of meprobamate which has the better muscle relaxing qualities, less potential of abuse and overdose. To enjoy the best effect of this medicine, use it with rest and proper treatment. You can get this painkiller from any medical store. If you want to get it at an affordable price, Buy Soma pill 500 mg online.