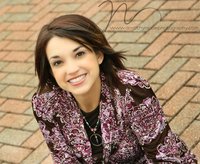 Detective Carl Hamilton is called out on a homicide case, where the partially decayed body of an unidentified teenage girl is found along a remote highway. . . . Weeks before, Jaci Rivera join her best friends Callie, Sara and Amanda for a night of pizza and shopping. But an evening at the mall turns into a terrifying twist of events that drives Jaci and her friends 2000 miles across the Canadian border.

The girls escape the kidnapper's lair only to find that he has spies and agents working on both sides. They are being hunted, and not even the police can be trusted. . . . And Detective Hamilton is in a life and death race to find the three remaining girls before the kidnapper does.

In this sequel to Heiner's debut novel, PERILOUS, the FBI promises Jacinta Rivera and her friends that they are safe. Jaci wants desperately to believe them but weeks of hiding from their kidnapper, alias "The Hand", have left her wary. Hidden from the public eye in an FBI safe house, Jaci must reconcile both her father's mysterious disappearance and the murder of her best friend.

A betrayal lands Jaci back in the grasp of The Hand, shattering her ability to trust, and leaving her to wonder if she will ever piece together her broken life.

When Tamara gave me the opportunity to participate in this blog tour, I jumped at it. These books are riveting! I couldn't put either of them down once I'd started, and this is a series where the sequel is even better than the first book. I love them. I HIGHLY recommend them. In fact, my school library has already purchased copies of Perilous, and the librarian added Altercation to her to-buy list while she waited for its release. Don't miss out on these ones!

And . . . because she's just that cool, Tamara is offering prizes!!

* Tamara's Contest: *
Prizes: EVERY DAY  she will randomly select one person who made a comment on that day's blog. The winner will then get to decide if they would like an ebook copy of PERILOUS or ALTERCATION.  There's just one catch: there must be AT LEAST ten comments on that day for me to do the giveaway. SO TWEET THIS POST, FOLKS!

But if that's not enough, leaving a comment also gets you entered into the PRIZE DRAWINGS. This won't be random; it's cumulative. Every comment you leave counts as 1 point. If you are a follower on her blog, you get 1 point. Every time you tweet or share on Facebook about the tour, it's one point. She'll even add it up for you; just include her in on the tweet @tamaraheiner or on Facebook @tamarahartheiner (unless you don't trust her math, and then feel free to tally it up and send it to her).

THIRD PRIZE: 50-page critique of something of your choice (if you're not a writer, a $5 amazon.com gift card)
SECOND PRIZE: lot of five YA books
FIRST PRIZE: $20 gift card to Amazon.com

You will find Tamara's blog here:

And you'll find her books here:

Awesome that you're part of her blog tour Shannon.

I'm offering Perilous in my Indie Book Giveaway Hop next week on your recommendation. These sound good.

These books sound riveting. Who doesn't love a great thriller?

So cool that you got your school library to stock them. Tamara really knows how to write suspense!

Shannon, you're so awesome for doing this! And Natalie, thanks for hosting me!

I really enjoyed Tamara's Perilous! Looking forward to seeing what happens to Jaci this time around!

It sounds like an interesting story! And I really like the covers of both books--both are a little eerie, which is intriguing.

Sounds very thrilling. Love the blog tour world, so much support for Indie writers. It's a movement that is gaining a lot of respect.

I can't resist a good kidnapping story. I have read some really excellent ones, and your recommendation is gold :)

I love that you're taking part in this! Best of luck to Tamara and her books!

I remember meeting Tamara at a writers conference. She was a real sweety. Good luck to her. :)

Ooh, I read the first book! So glad she continued with the story. Best of luck, Tamara.